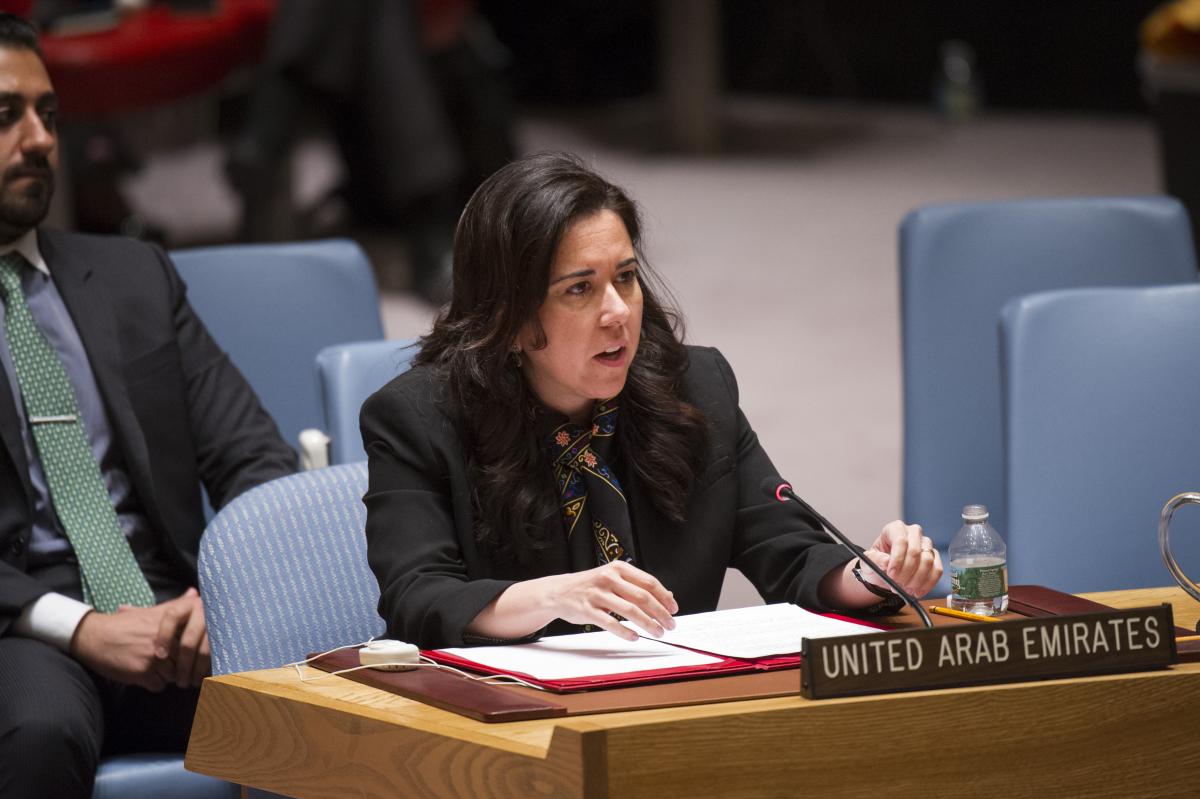 New York – The UAE welcomed efforts by the international community to establish a comprehensive international strategy to counter extremist and terrorist messages, in a statement delivered yesterday by H.E. Ambassador Lana Nusseibeh, Permanent Representative of the UAE to the United Nations, in the Security Council Ministerial Open Debate on threats to the international peace and security caused by terrorist acts.

In her speech, Ambassador Nusseibeh presented to the international community recommendations to revive pluralism and peaceful coexistence in the Arab region, the most important of which is that the Security Council must apply a single standard to all actors, all states and all perpetrators of occupation, state terrorism and foreign interference. She added that we must discuss how best to rehabilitate and reintegrate foreign fighters who are defecting from extremist groups and returning to their countries. She also emphasized that we must work to improve the economic and social context for young people, create job opportunities, protect their rights and engage them in building the future of their countries.

Ambassador Nusseibeh noted that it is important for the international strategy to consider the changing nature of extremism, which transcended national borders and has become a global phenomenon, saying that “the extremist groups have no association to Islam, they have exploited the unresolved conflicts in the Middle East and used the region as safe haven causing its instability and undermining its security.”

Ambassador Nusseibeh called for enhancing society’s participation in nation-building, especially the population under 25 years old, which constitutes 50% of Arab societies, and is targeted by the extremist groups that exploit their grievances. She further encouraged the empowerment of women, which is the core of the UAE’s strategy, and their integration into decision-making, including all efforts to combat extremism.

On the UAE’s efforts in this area, Ambassador Nusseibeh emphasized the country’s keenness to instill values of moderation, coexistence and tolerance throughout society, referring to the decree to combat discrimination and hatred, issued by His Highness Sheikh Khalifa bin Zayed Al Nahyan, President of the UAE. Furthermore, she stated that education plays a significant role in countering extremism, it is, therefore, important to promote research and religious scholarship and build the resilience and capacity of governments and communities to enable them to combat extremism. She referred in this context to the UAE’s hosting of the Hedayah Centre for countering violent extremism and the Muslim Council of Elders, chaired by the sheikh of Al-Azhar University, which aims to address the root causes of sectarianism.

Ambassador Nusseibeh recalled the importance of developing ways to combat the new online recruitment tactics used by extremists, when she said “the UAE established, in collaboration with the US, the Sawab Centre to combat extremist messages through social media. Additionally, in terms of policy development, the entities we host are dedicated to building multi-stakeholder efforts to map, identify and remove the drivers of extremism. We are also keen to organize workshops with government officials and experts in the technology sector to share information, and to encourage the development of counter-narratives, including the perspectives of female former Foreign Terrorist Fighters.”

In conclusion, Ambassador Nusseibeh expressed that the UAE looks forward to the recommendations that will be proposed in June in the context of the United Nations Global Counter-Terrorism Strategy review. She reiterated that it is important to counter extremism before it becomes violent, in an urgent and comprehensive manner. She also commended the important role of Al Azhar University, an intellectual and cultural beacon for centuries throughout the Islamic and Arab worlds, in countering radicalization.