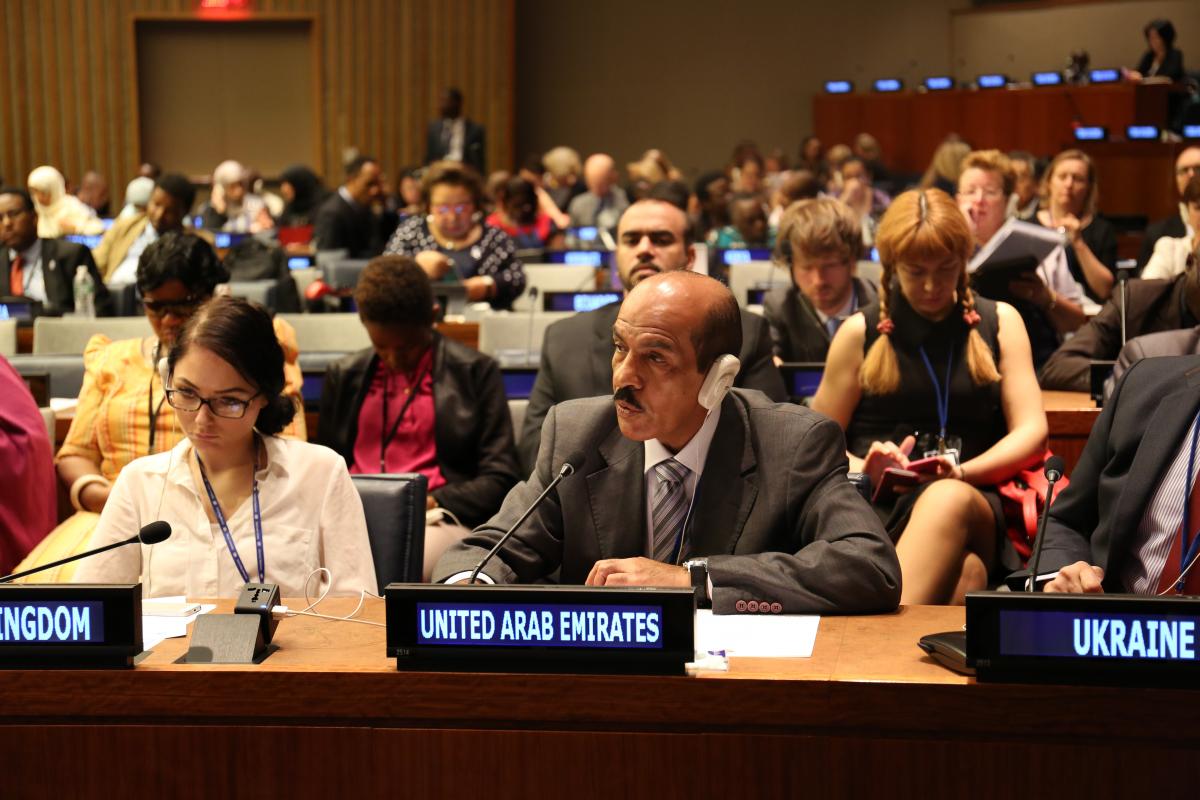 New York, The United Arab Emirates has highlighted the success of its policy to empower and integrate people with disabilities into the community, creating equal opportunities to them and improving their conditions across the country.

In a statement delivered yesterday at the United Nations by Hussain Saeed Abdulla Ahmad Al Shaikh, Assistant Under-Secretary for Social Welfare Affairs – Ministry of Community Development, the UAE affirmed that making the integration and empowerment of persons with disabilities an integral part of its comprehensive national strategy has contributed to creating equal opportunities for all persons with disabilities throughout the country.

The statement was delivered at the general debate of the 9th session of the Conference of States Parties to the Convention on the Rights of Persons with Disabilities, held at the United Nations Headquarters in New York, from 14-16 June 2016.

Al Shaikh mentioned that “the UAE’s political leadership believes that investing in people is an investment in inclusive sustainable development. If given the appropriate opportunities and provided with an enabling environment, all can participate in the development of their societies.”

He referred to the UAE constitution that guarantees the right for persons with disabilities to live in dignity as equal citizens, including their right to work and participate in all aspects of life. He added that “policies aimed at empowering persons with disabilities and their full integration in society are central to UAE national strategies, such as the UAE Vision 2021, the Abu Dhabi Economic Vision 2030 and Dubai Strategic Plan 2021.

Al Shaikh noted that the achievement of the 2030 Agenda for Sustainable Development will depend on the integration of the rights of persons with disabilities in all fields of development, in accordance with the concept of “leaving no one behind.”

Al Shaikh expressed that the UAE looks forward to the 2016 United Nations Conference on Housing and Sustainable Urban Development (Habitat III), and hopes that the outcome will contribute to mainstreaming disability into all aspects of development and urban planning. He also noted that in light of the projected increase in the number of persons with disabilities, the international community must enhance national and international strategies to empower persons with disabilities and include them as effective partners in development.

He drew attention to the Sustainable Development Goal 5 that calls for gender equality and women empowerment. He stressed the importance of focusing on women and girls with disabilities, who are often facing multiple discrimination. In this context, he referred to the special initiatives and programmes implemented by UAE entities to enable women with disabilities through vocational training and access to finance.