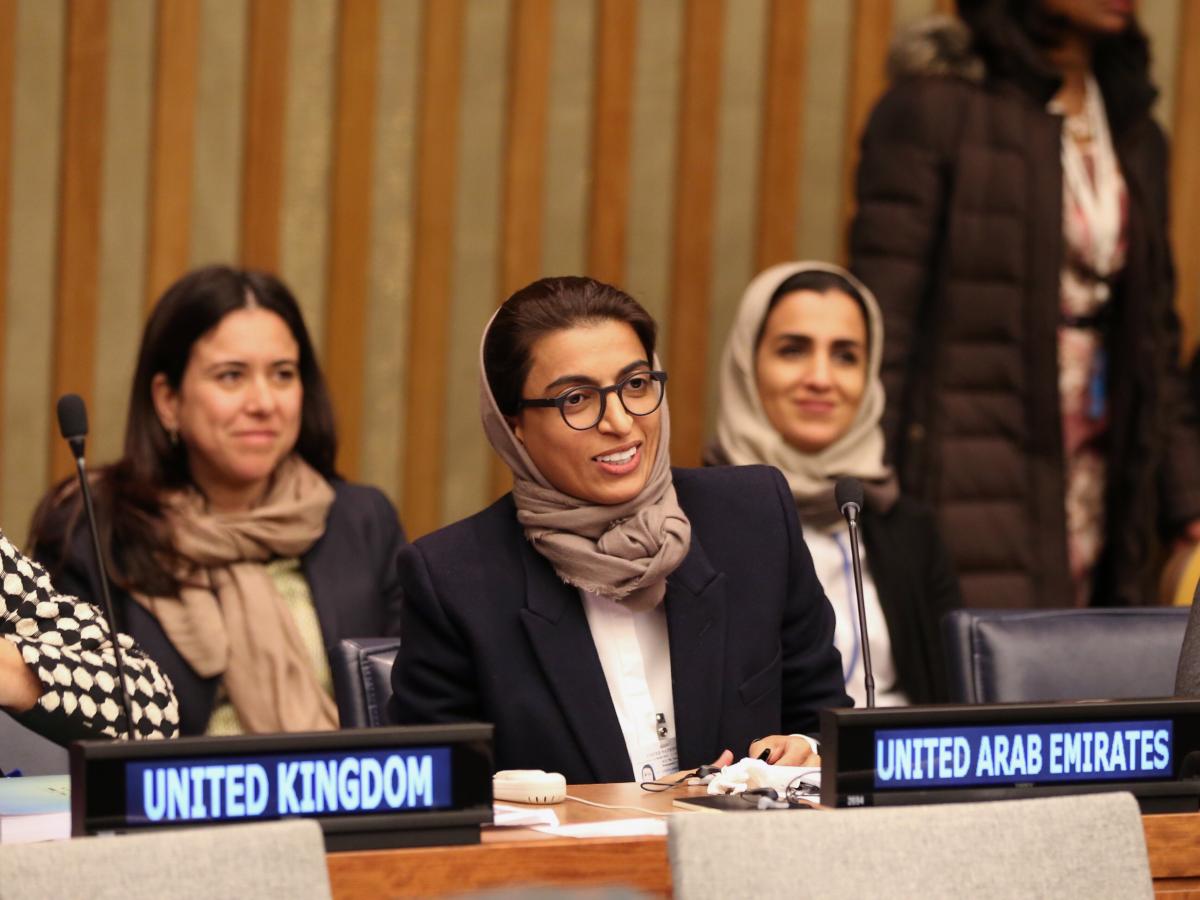 New York – H.E. Noura bint Mohammed Al Kaabi, Minister of State for Federal National Council Affairs, delivered remarks at the 60th session of the Commission on the Status of Women (CSW) at the United Nations. During the Commission’s annual two-week session, representatives of UN Member States, civil society organizations and UN entities gather at UN headquarters in New York to discuss emerging issues that affect gender equality and the empowerment of women.

During this session, Minister Noura Al Kaabi underlined the role that the UAE leadership has played in empowering women. “Nationally, the leadership of the UAE recognizes the key role of women as partners in state-building and in achieving inclusive and sustainable development. It is through the consistent and meaningful empowerment of women in a range of priority and decision-making roles that the UAE expects to achieve real progress in our commitment to implement the Beijing Declaration and Platform for Action at the domestic level.”

Minister Al Kaabi emphasized the importance of monitoring and implementation of the sustainable development goals as “critical to maintaining and furthering gender equality and women’s empowerment… Therefore, our government announced last month that the UAE World Government Summit will serve as an annual platform to gathers leaders of governments, prominent academics, policy-makers, and practitioners as well as private sector representatives from over 125 countries to review the implementation of the Sustainable Development Agenda. We see this as an important opportunity to share best practices in monitoring, reporting, and financing mechanisms related to the Goals, including Goal 5 on gender equality and the empowerment of women and girls.”

In a parallel ministerial roundtable, Minister Al Kaabi shared best practices from the UAE on how to promote gender equality and women’s empowerment within national institutions. “We must ensure that decision-making includes women-leaders and that policy action and budgeting reflect gender considerations that benefit all women and girls.”

The Minister went on to share the UAE’s national story of empowering women, including the steps the UAE has taken towards achieving gender parity. “Our government has also institutionalized women’s participation in our legislature and judiciary with the understanding that this a prerequisite to creating functional and just societies.”

Minister Al Kaabi further emphasized UAE entities, plans, and policies charged with advancing women, such as laws mandating women’s participation on government boards and the Gender Balance Council, which was formed by the Vice President and Prime Minister of the UAE, Ruler of Dubai, H.H. Mohammed bin Rashid al Maktoum. She underscored the importance of the National Strategy for the Advancement of Women, which was established under the auspices of Her Highness Sheikha Fatima bint Mubarak thirteen years ago.