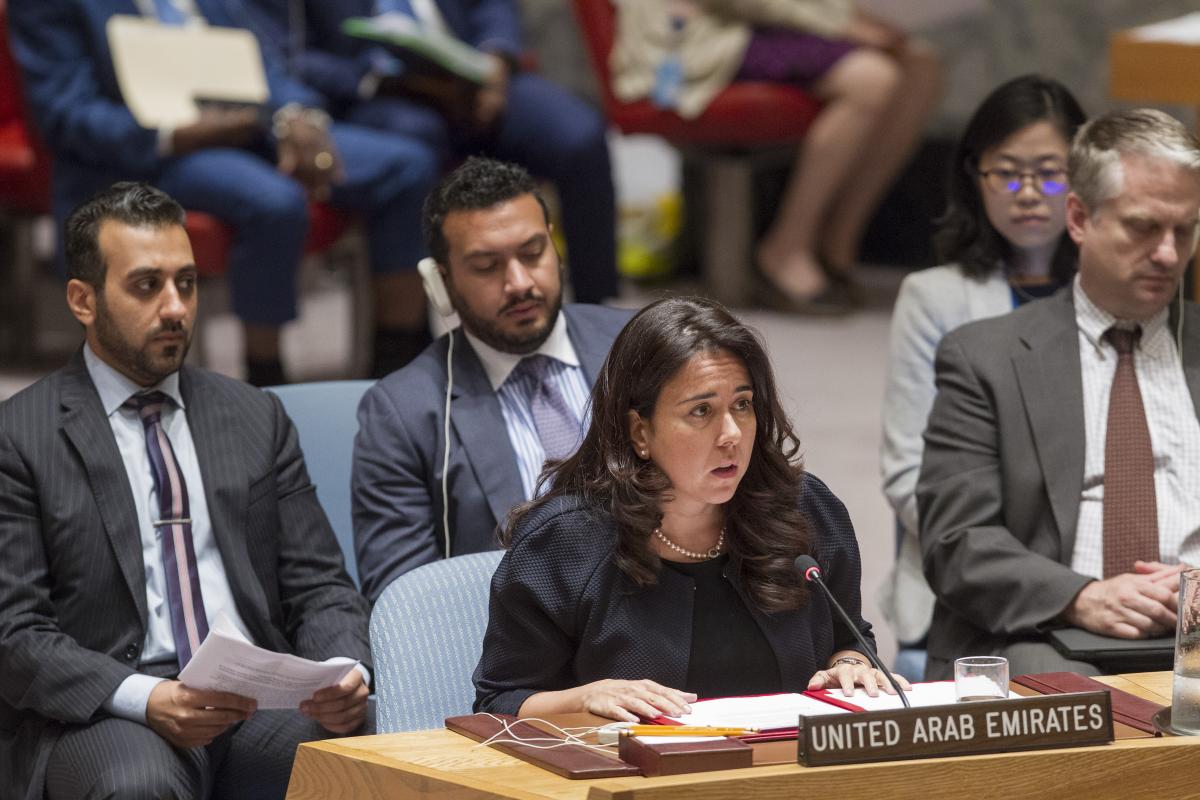 NEW YORK – The UAE has reiterated its long-standing commitment to protecting children living in conflicts around the world, during a debate at the United Nations Security Council.

Speaking before the 15-member chamber, Ambassador Lana Nusseibeh, the United Arab Emirates Permanent Representative to the UN, spoke at the Open Debate on Children and Armed Conflict. The debate was hosted by Malaysia, President of the Security Council for the month of August.

“Nowhere is securing children in conflict more urgent than in our region, where the abuses against children are especially heart wrenching,” said Ambassador Nusseibeh, highlighting the plight of children in Syria and the Occupied Palestinian Territories and those brutalised by Daesh and other terrorist groups.

Focusing on the UAE’s involvement in the Coalition to Restore Legitimacy in Yemen, she said, “We do not bear the risk of engagement in any military theater lightly. And we continue to strive to minimise the impact of operations on civilians.”

Ambassador Nusseibeh commented that 79 Emiratis have paid the ultimate price in Operation Decisive Storm in Yemen to protect civilians, including children, from foreign-backed Houthi rebels and other extremist groups. “In light of that sacrifice, the UAE and all members of the Coalition take extraordinary measures to protect children’s rights anywhere we are engaged.”

The UAE put forward three policy recommendations to strengthen the impact of future reports of the UN Secretary-General’s Special Representative for Children and Armed Conflict. First, the UAE called for consultations and collaboration with National Governments as per the guidelines set forth in UN Resolution No. 1612. Second, to ensure the information in reports is accurate and verified, the UAE urged reconsideration of the utility of the Annex of the Annual Report, given the listing of Member States next to non-state actors and terrorist groups and the problematic listing of a Coalition of countries. Third, the UAE encouraged the establishing of clear, transparent criteria for inclusion in the report.

Ambassador Nusseibeh confirmed the UAE’s commitment to seeking a political resolution to the conflict through intra-Yemeni negotiations as part of the ongoing peace process. She highlighted the UAE’s humanitarian work and development efforts in Yemen, saying that “durable solutions for stability are not gained militarily alone.”

In conclusion, Ambassador Nusseibeh said, “For us, and other responsible members of the international community, we are not engaging in any discussion simply to protect our image. The mandate of the Special Representative for Children and Armed Conflict is a just and universal one, for which the UAE offers its full support.” She noted the UAE’s deep appreciation for the Secretary-General’s Special Representative for Children and Armed Conflict and other relevant UN agencies, particularly UNICEF, “with which we have a strong global partnership to protect children around the world.”

Other speakers at the Open Debate included the UN Secretary-General, Ban Ki-moon, his Special Representative for Children and Armed Conflict, Leila Zerrougui, the Executive Director of UNICEF, Anthony Lake, and over 70 Member State representatives.